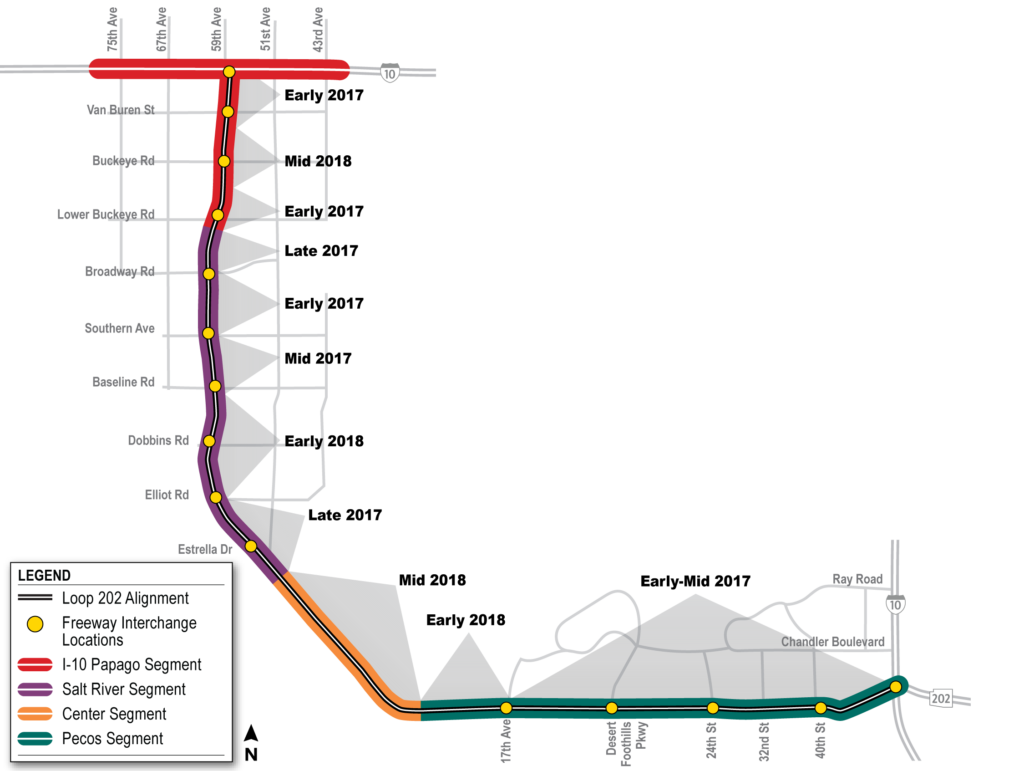 The order, released Friday, means work can proceed on the South Mountain Freeway while an appeal by freeway opponents is pending before the 9th Circuit in San Francisco. It’s the fifth time courts have rejected attempts to halt construction of this long-planned link between the East Valley and West Valley.

“The Arizona Department of Transportation and its partners are moving forward with construction of a freeway that will improve the quality of life in this region, connecting people with employment centers and providing a much-needed alternative to a strained Interstate 10 through downtown Phoenix,” ADOT Director John Halikowski said.

In November 2016, the 9th Circuit denied a separate request for an emergency injunction by a different group of freeway opponents.

In October 2016, the U.S. District Court in Phoenix denied the plaintiffs’ motion for an injunction, saying, in part, that they are unlikely to prevail on appeal. That followed the court’s August ruling granting the motions for summary judgment by the Federal Highway Administration and ADOT, concluding that the agencies complied with federal law in moving forward with the project.

In July 2015, the court rejected a motion for a preliminary injunction that would have halted all work leading up to the start of construction.

The 22-mile South Mountain Freeway, approved by Maricopa County voters in 1985 and again in 2004 as part of a comprehensive regional transportation plan, will complete the Loop 202 and Loop 101 freeway system in the Valley by connecting Interstate 10 at the Loop 202 Santan Freeway interchange and the I-10 Papago Freeway near 59th Avenue.

Construction began in September with improvements to the I-10/Loop 202 Santan Freeway interchange that include extending Loop 202 HOV lanes and widening the shoulders to Pecos Road near 48th Street. Construction of the mainline freeway is scheduled to begin this month.