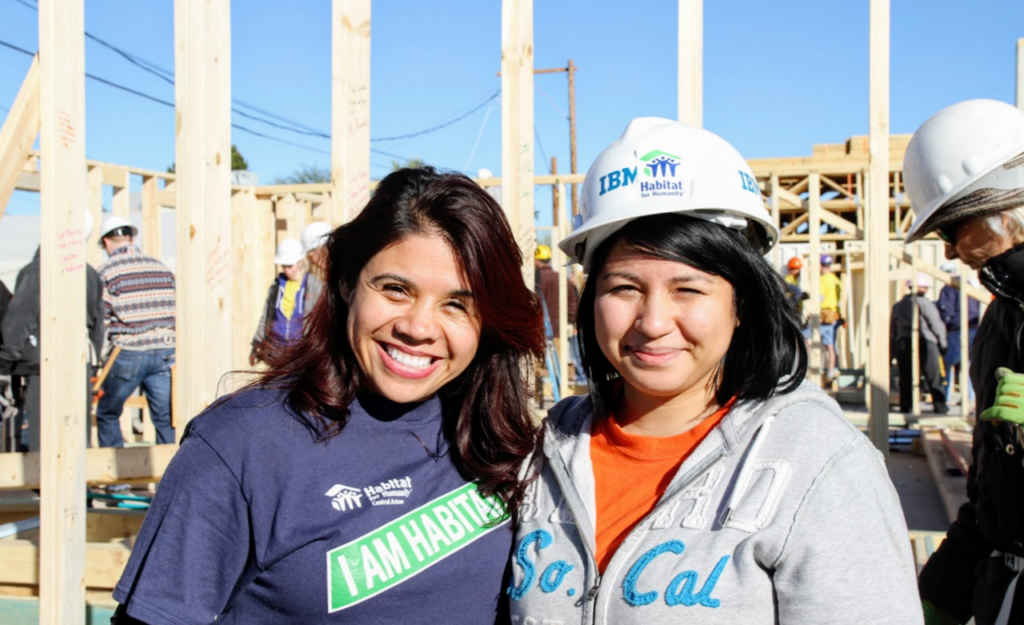 This article first appeared in the February edition of the South Mountain District News.

Imagine losing your husband to an exhausting and expensive battle with cancer, then losing your job and finally losing the house you had bought and made into a home with him and your two children.

“It’s not something you did, or that you were irresponsible. I went from two incomes to not being able to pay the mortgage,” said Marcella Martinez of South Phoenix. “We weren’t living above our means. We didn’t do anything wrong. Life happens.  “I asked myself, I am 28 and isn’t this where I start living life? It’s not where I expect to be at 28-29.”

Flash forward from 2008 to now. Martinez is nearing her fifth year in a new home, one that she helped build herself through Habitat for Humanity Central Arizona. She learned from her mother about the local chapter of the nationally acclaimed nonprofit that helps struggling families work toward home ownership through nonprofit loans and “sweat equity.”

“Mom learned about Habitat for Humanity from a friend of hers who helped her apply. She told me I should apply,” Martinez recalls. “When you’re not educated about the program, you don’t know about it or believe it. I asked myself ‘Am I willing to go through the loops you’re asking me for?’ And I thought, what do I have to lose? So, I decided to do it. God gave me a stepping stone to get out of that pit.” 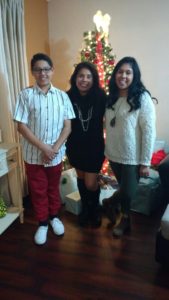 Her home is one of more than 300 the local nonprofit has helped build in South Phoenix. The local Habitat chapter has built 195 homes in South Ranch I and II, 93 homes in Villas Esperanza, about 14 homes in Vista de Sol and about 32 homes in Oro Vista and more than 1,100 homes in Maricopa and a Pima counties since it was founded in 1985.

However, as land inventory decreases while real estate costs climb, Habitat is facing tough economic challenges, according to its chapter leader.

“Due to a lack of funding, not all who qualify for Habitat’s help are able to receive it,” said Jason Barlow, president, and CEO of Habitat for Humanity Central Arizona. “The need for cash donations is greater now than ever and we need Arizonans to make a generous donation that will help the organization pay for building supplies and land. The much-needed funds will allow Habitat to continue to improve communities and renew strength and hope for families throughout Central Arizona.”

Barlow says funds are needed because early 1 in 3 Arizona families who qualify for housing still need help. Homeowners, like Martinez, must qualify for a 0 percent loan through Habitat for Humanity, put in 400 hours of sweat equity, attend home ownership classes, and prove that they are committed to a positive path of self-reliance.

“You have a zero-interest mortgage that goes to the principle as well as toward property tax, HOA fees if you have them, insurance and a maintenance accounts,” Martinez said. “They equip you to succeed in owning a home.”

Martinez has such faith in the program that she took a job and worked for the chapter for a few years before going back to college full-time. Her oldest child, a daughter, is attending a Christian college in Illinois while her younger son is in middle school. She still volunteers at Habitat to help others achieve their home-ownership dream.

“I believe in the program and the stability it provides for you,” Martinez said. “I can proudly say to my kids, we’ll never have to move again. I am a full-time college student South Mountain Community College. My daughter is at Greenville Christian College. No way that would have been possible if I had had to keep paying a $1,500 mortgage.”

To help more families succeed, the local chapter is asking for donations be made at www.dollarsmatter.org. Donations to the nonprofit are tax deductible as a charitable contribution.