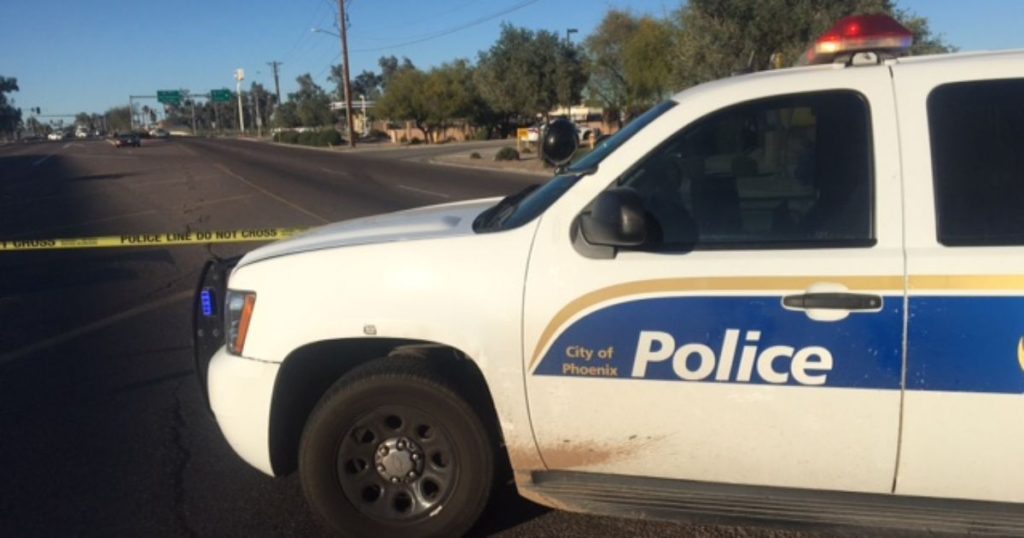 A handful of shootings during the first months of this year put many Laveen residents on edge, making most of the 60,000 people who live in the rural suburban community anxious about their safety.

Between Jan. 1 and mid-March, there were five shootings involving teenagers with three fatalities. Social media sites blew up with people expressing opinions about how to stay safe and voicing concerns about rising crime in Laveen.

“We’ve got to make public safety and hiring officers a priority,” says Wendy Ensminger, an active Block Watch member and president of the Laveen Association of HOAs. “We used to have squads of 12 officers. That’s what we’ve got to get back to.”

To address concerns about crime, Ensminger’s organization brought in Phoenix police to the group’s January, February, and March community meetings to talk about changes at the Maryvale-Estrella Mountain Precinct that serves the community and to get tips on how to make the community safer.

In February, the Phoenix Police Department added 51 officers to the precinct and assigned two squads of between seven and nine officers to serve the area south of Interstate 10. A third squad will serve the area north of I-10. Officers said the goal is to improve response time to the areas and to increase the number of arrests.

Also, the city of Phoenix is in the preliminary stages of setting its 2017-2018 budget. Vice Mayor Kate Gallego, who represents Council District 8, which includes South Phoenix and a portion of Laveen, said more than 70 percent of the General Fund budget is allocated to public safety. The budget proposal also includes a modest $1.9 million surplus that City Manager Ed Zuercher recommends using for “critical public safety needs. …”

Zuercher suggests using $1.3 million from that surplus to create 16 new positions for police administrative assistants. The assistants would ease administrative burdens from active officers and allow those officers to respond to high priority calls and reduce overall response times.

Gallego said the goal is to have about 3,125 officers by year’s end, up from the approximate 2,900 officers currently serving. Attrition from retirement and officers leaving for other jobs makes that goal challenging, Spross acknowledged.

Following the rash of shootings earlier this year, the department’s 86 Zebra Squad – which consists of eight officers and a sergeant – began very closely monitoring social media sites frequented by teens. At least two of the shootings, including one in which an 18-year-old girl died, and two other teens were injured, took place at parties in vacant homes organized by “Party Crews.” Police said they have been able to shut down several of the parties before they happened due to the squad’s surveillance.

Officer Brandy Carter, a community action officer for Laveen and Sgt. Spross attended the March meeting of LAHOA and discussed break-ins and how homeowners can be proactive in keeping their property safe:

Spross said having an alarm system gives homeowners a false sense of security because thieves can be in and out of a house very quickly – long before police officers can arrive on the scene. He also that often criminals will see an opportunity and take it.

“Lock your house; lock your car. Don’t make it easy for them,” he advises. “Don’t leave your guns in your car.”

Spross said that homeowners who do experience a break-in should watch the internet and social media sites such as Craig’s List, OfferUp and Facebook groups for buying and selling items to see if their stolen goods get listed for sale.

“We’ve had people call us and say their property is on OfferUp. We’ve had undercover officers call and go to the location and retrieve the items. But that only works if you know your serial numbers,” he said.

Officer Carter said overall calls for burglary alarms are up 30 percent for the first months of 2017 to 845 from 675 in the same time period of 2016. The data is from January through mid-March.

However, first-quarter statistics overall bely claims of a crime wave in Laveen. According to Raids Online, a free Lexis-Nexis web site that tracks crime numbers using data provided by local police, the number of suspicious deaths, homicides and attempted homicides stayed the same at seven incidents for the first quarter of 2017 when compared with first-quarter 2016.

First-quarter robberies and burglaries also are down when compared with the first three months of 2016. Data was obtained for a three-mile radius from the intersection of 51st Avenue and Baseline Road, which covers much of the Laveen boundaries.

To help residents be proactive, Ensminger said LAHOA is reforming its Block Watch and Phoenix Neighborhood Patrol Committee.  “We really want to expand the number of Block Watches in the community.”

The committee will assist communities that want to form Block Watches as well help existing Block Watch groups write grants for additional funding. Other goals include meeting with property managers and business owners at the intersection of 51st and Baseline – where there are often calls for theft, robberies, and other crimes – and discuss how the neighborhood patrols and Block Watch can assist.

“We really want to be proactive,” Ensminger said.

Block Watch – A city-sponsored program that encourages neighbors to watch out for each other and to enlist their participation to cooperate with police to reduce crime and improve safety in their neighborhoods.

Phoenix Neighborhood Patrol – Citizens who have received special training volunteer to patrol in the neighborhoods and be the “eyes and ears” for the police.

Visit https://www.phoenix.gov/police/community-relations for more information about PNP and the Block Watch program. If you are interested in setting up a Block Watch or receiving PNP training, contact Maryvale / Estrella Mountain Precinct Programs Coordinator, Officer Angie Shuman, at angelica.shuman@phoenix.gov or 602-495-0354 or Officer Holly Dancy, South Mountain Precinct, at holly.dancy@pheonix.gov or 602-534-6545.

These articles first appeared in the April 6 edition of the South Mountain District News.