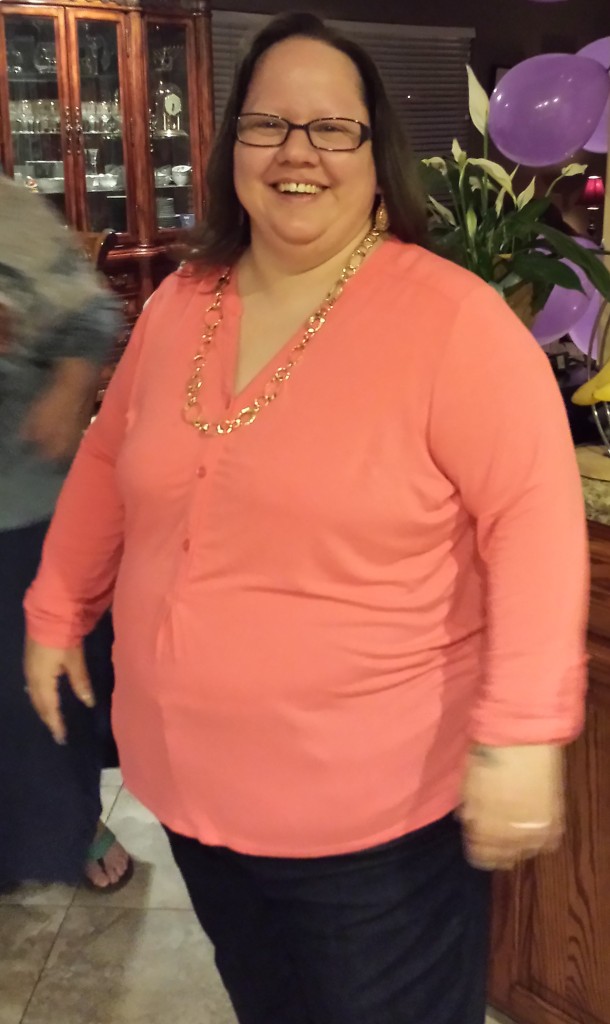 One of Laveen’s most active residents and staunchest community supporters announced last month that she would be moving to Henderson, Nevada due to her husband’s career. Stefany Scovell served for more than six years on the Village Planning Committee and was a founder of the Laveen Meadows Block Watch. Scovell also was an active administrator for Laveen Facebook pages related to crime and public safety. 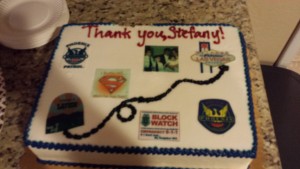 Phoenix City Councilwoman Kate Gallego and Congressman Ruben Gallego both presented her with awards. The Congressman gave her a Certificate of Special Congressional Recognition honoring her “outstanding and invaluable service to the community” and Councilwoman Gallego named her a “Friend of Laveen” with a special certificate.

Many members of the community gathered on Nov. 20 to wish her well and celebrate her eight years of living in Laveen.

“Through thick and thin, and in good and bad health, no one has shown the dedication to the future of Laveen like Stefany has,” said Phil Hertel, a fellow Village Planning Committee member. “She will be missed more than most people will even imagine. We have lost a treasure.”

Scovell said it was a very difficult decision to move, but that it is the right thing for their family.

“What an honor to be blessed with so many loving friends. I had an amazing time tonight and will forever cherish the memories,” Scovell said at her send-off party. “Thank you all for coming … I am deeply humbled and honored.”

“Stef is a great example of a committed neighbor,” says Kim Domovich. “She was the ideal we should all strive to emulate as a community volunteer. She never ceased to amaze me when it came to any project or committee that would enhance Laveen.”

Scovell’s departure leaves openings on the Village Planning Committee and the Laveen Citizens for Responsible Development, a nongovernment citizen advisory panel made up of community members who volunteer to participate. Planning Committee members are appointed by either the mayor or council members representing the area. For Laveen that is District 8 Councilwoman Kate Gallego, via email atcouncil.district.8@phoenix.gov or 602-262-7493, and District 7 Councilman Michael Nowakowski atcouncil.district.7@phoenix.gove or 602-262-7942. The city also provides an application form on its web site:https://www.phoenix.gov/formssite/Forms/appbdcom.aspx, for anyone interested in serving on any city board, committee or commission.

If interested in participating on the LCRD board , contact President Steven Klein at 602-237-2965 for all board inquiries and Jon Kimoto at 602-237-3138 for sub-committee inquiries. For all other inquiries, e-mail the LCRD at theLCRD@gmail.com

Rose Tring is a long-time journalist and owner of AZ Media Maven, a Laveen-based marketing and public relations company. She is also the founder of FinditinLaveen.com, a local business directory and free community calendar. Email her at rose@azmediamaven.com