(This article appears in the July 7, 2016 print edition of the South Mountain District News)

Average prices for homes sold also increased in all four areas of the Valley.

Sam Lawmaster, realtor with the Lawmaster Real Estate Team with Realty One Group, provided statistics from the four ZIP codes through the first half of the year using data from the Arizona Regional Multiple Listing Service.

Lawmaster and two other local realtors, Koni Gould and Jeffrey Hale, agree that one of the driving forces behind the price increases is the price bracket of $150,000 to $200,000. There are many homes in Laveen and South Phoenix priced in that range.

“The Laveen and South Phoenix real estate markets are very strong right now,” said Faller, a Realtor and owner of Turf Realty in Phoenix. “We are still one of the most affordable markets near the major employment centers of 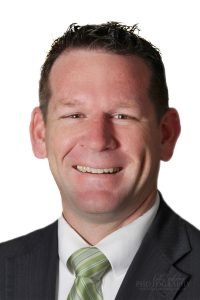 the Valley. Less expensive homes can be found, but they are in communities more removed from metropolitan Phoenix like Maricopa, Casa Grande, Buckeye, and San Tan Valley.”

Also, interest rates for borrowers with excellent credit scores as low as 3.5 percent. Buying a house at that rate with 20 percent down on a 30-year-fixed mortgage would keep payments at about $900 month, much less than current rents for similar-sized homes.

“A lot of people are able to get qualified for loans in the $160,000 to $200,000 range. That makes the area more appealing to people. There are some really nice houses out here in that price range,” Lawmaster added. 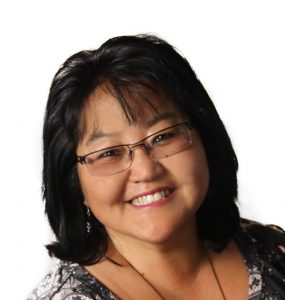 Gould, with United Brokers Group, said that many investors, who have held properties for a while waiting for prices to improve, are now selling, which is adding to the upswing.

“The market is booming at the moment. If you are selling a home under $200,000, those homes are getting snapped up very quickly,” Gould said. “We are currently in a seller’s market in Laveen – especially in those price ranges.” Lawmaster said listings in that price range are selling as quickly as two days in the region.

Gould said that moderate-priced homes listed at $200,000 to $300,000 are not moving as quickly, but “it’s still a fairly healthy market. Anything above $300,000 is sitting awhile and those owners need to really to take into account what makes their home special and market it accordingly.”

For example amenities such as pools, mountain/city views, media rooms, etc., should be heavily marketed to attract appropriate buyers. “These homes need to be immaculate and upgraded in order to get top dollar,” she said. “Remember, regardless of the price range, a clean home sells.

“By fixing all of the little items, adding a fresh coat of paint, and replacing carpet, if necessary, it can make a huge difference of selling quickly or sitting on the market for long while. Plus, you get a higher return on value for a clean, well-kept home,” Gould noted.

Here is detailed breakdown of the four areas:

Closed sales are up by 4.3 percent with 456 residential listings sold year to date compared with 437 homes sold a year ago to date. The average sales price of $209,610 showed a rise of 8.2 percent from this period one year ago. The $200,000-$249,999 price range showed one of the highest numbers of closed sales this year at 120 completed purchases.

“The Laveen market is still somewhat of a hidden gem in the valley and is often overlooked, but as construction of our new freeway begins later this year, this community will receive more exposure and could create more of a demand for housing here,” Hale said. “There are many down-payment assistance programs in the Valley, which will continue to spur demand for affordable housing, and as long as we remain an affordable location, the new freeway, and the seasonal buying trends may help our homes rise faster than some of our neighboring cities.”

For this area of Phoenix the average listing price was $125,612 for the first half of 2016 compared with $109,794 a year ago, a 14.4 percent gain. The average days on market were 46 days through June 30, a 6.1 percent drop compared with a year ago. Listed homes are requiring less time on market to sell this year on average.

The average closed sales price of $182,817 was an increase of 14.7 percent from this time range last year. The total amount of sold residential listings in 85041 recorded a 2.2 percent advance compared to the same period a year ago, which posted a volume of 402 homes sold, a year-to-year advance of nine completed transactions.

The area’s year-to-date average active listed price posted an increase of 9.0 percent in comparison to the same period during 2015, gaining to $236,851.

Through the month of June 2016, 85042 saw a total of 305 residential home sales year-to-date and the average sales price of $215,137 posted a rise of 19.1 percent from this period one year ago. The overall number of sold residential listings in 85042 reported a 9.3 percent rise compared to the same reporting period a year ago, which saw a volume of 279 properties sold, a net gain of 26 closed transactions.  The $200,000-$249,999 price range had one of the highest numbers of closed sales this year at 70 completed purchases.