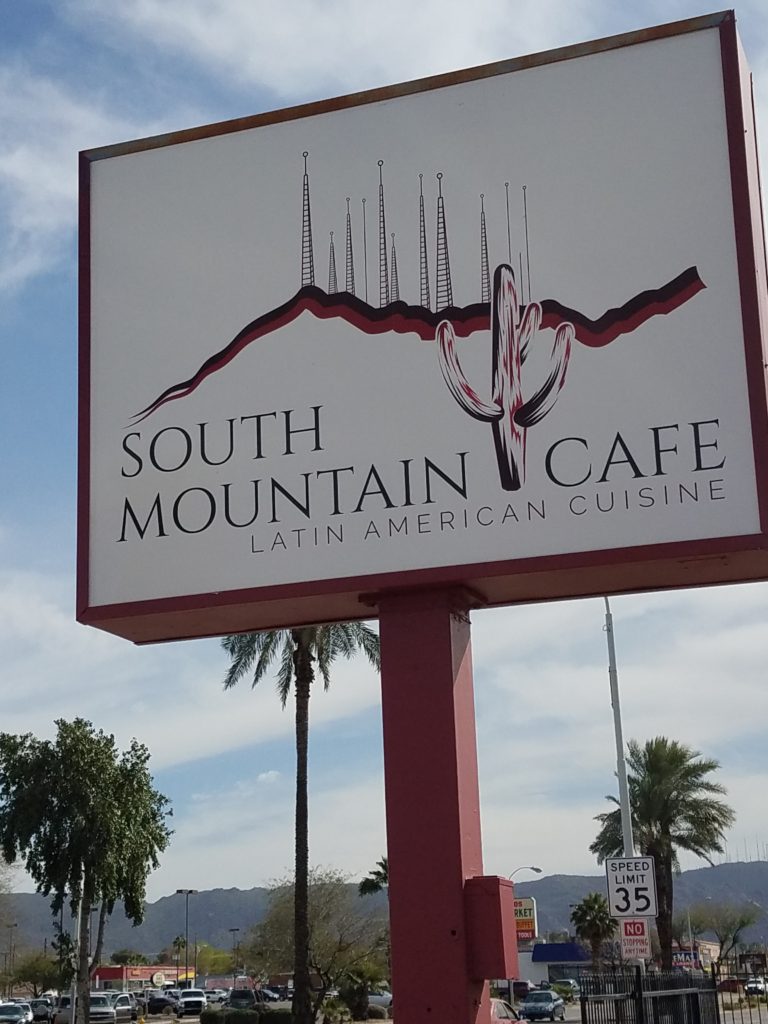 South Phoenix native Jose Zacarias Jr. opened his South Mountain Café in July 2016, and in the months since the eclectic menu debuted under the guidance of his father, Executive Chef Jose Zacaraias Sr., fans from South Phoenix and Laveen have been telling others about what they consider a local treasure.

Taking to social media to boast about the home-grown success story, more than 100 reviewers rated South Mountain Café as a favorite, giving it a 4.5 star ranking on YELP with more than 50 reviews and a 4.9-star rating on its Facebook page with more than 70 reviews.

“We really we strive to give our guests the best eating experience in South Phoenix,” Jose Sr. said. “From an actual plate and silverware to follow up on satisfaction of the meal you are eating. We will make you feel like family and ensure that you are happy and leave happy.”

This month (April) the restaurant is expanding its reach by collaborating with UberEats. Residents Valleywide will be able to order Mexican, American, and French dishes from South Mountain Café and have them delivered to their door by the ubiquitous UberEats, which parent company Uber launched in March 2016.

The father and son team chose South Phoenix for their restaurant because it’s home, both men grew up there. “I was prepared to take a gamble, really, and I was wanting to do more than just a job, to do something that could better the community I grew up in,” Jose Jr. said of launching the business at age 21. 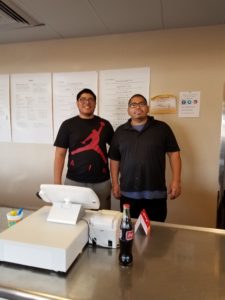 Their goal: to provide a fine-dining experience at a reasonable cost. “Both my son and I have been raised and grew up in South Phoenix and there really are only fast food options in the area. We strive to bring a unique customer experience focusing on made-to-order food along with superior customer service.”

Residents in South Phoenix and Laveen brag frequently about South Mountain Café on social media, giving the restaurant on Central Avenue just north of Southern a groundswell of local support. Most all the reviews start out with the caveat to not measure the quality of the food by the rather dreary exterior of a previously vacant fast-food location.

Jose Sr. described the list of improvements made to the site’s infrastructure as “endless.” The family has overhauled the electrical for the restaurant, upgraded sewage lines and more to ensure the property could meet city and county health inspection standards. “Cosmetically it doesn’t show, but there was a lot of money put into the innards of the property,” Jose Sr. said.

Recently, the exterior got a little pizazz through the assistance of artist Lalo Cota and students from Phoenix Collegiate Academy high school and Maxine O. Bush Elementary School who painted a mural along the outside of the café’s patio walls in February.

The Zacarias say they will continue to improve the aesthetics as the business grows. But inside the kitchen, South Mountain Café needs little improvement. Jose Sr. worked many years in the kitchens of restaurants serving French, Asian, Hawaiian, Irish, Mediterranean, and American foods. He draws on those influences, as well as his Hispanic heritage, to create the breakfast, lunch and dinner menus that feature Mexican, American, and French favorites, from French toast on the breakfast menu, to salads and Croque Monseiurs for lunch, to a variety of burros and steak quesadillas for dinner.

“A little of everything learned along the way has been applied to what we do now,” he said. “From growing up watching my mom to my experience working long hours and double shifts in kitchens around the Valley.”

South Mountain Café also is a family affair, with all but one staffer being related to Jose Jr. Working together can be a challenge, Jose Sr. said, noting that finding a working rhythm has been one of their tests as a family. “The challenge of everyone finding out how to best contribute to the family business.

“It’s an ongoing challenge as we all find what who is best at doing what, and doing that on a consistent basis.”

This article first appeared in the April 7 print edition of the South Mountain District News.