Southern Avenue to reopen next month in Laveen 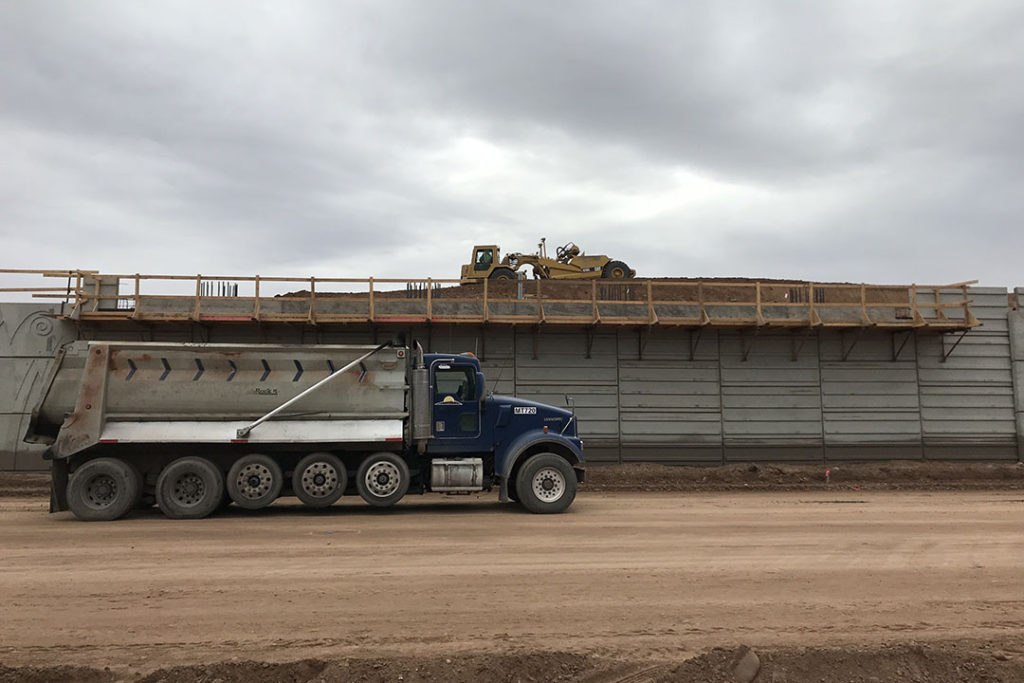 PHOENIX – After moving more than 450,000 cubic yards of earth, enough to fill up 150 Olympic-size swimming pools, construction on the Southern Avenue traffic interchange for the South Mountain Freeway remains on track to reopen Southern next month between 61st Avenue and 64th Place in Laveen. 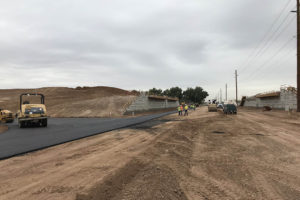 The closure of Southern Avenue that began Nov. 27 has allowed crews to safely move this large amount of dirt without having to cross local traffic and has accelerated construction of the southern half of the interchange as the Arizona Department of Transportation moves even closer to opening the 22-mile freeway by late 2019.

This work has required motorists to temporarily detour between 51st and 67th avenues, with Broadway and Baseline roads as options, until this first phase of construction is complete.

In addition to the extensive earthwork, crews have completed substantial work that isn’t visible as it occurred below grade, including installing underground utilities and drainage structures. Above ground, crews have built bridge columns and retaining walls that will support a 125-foot-long bridge and have removed the existing roadway.

Today, crews started work to pave the eastbound lanes that motorists in both directions will share until the westbound lanes are built at a later date.

When the northern half of the interchange is complete, the westbound lanes will be paved to complete the widening of Southern Avenue (one lane in each direction along with dedicated left- and right-turn lanes).  A full closure of Southern Avenue won’t be necessary for this phase of work, though occasional overnight closures will be needed to place bridge girders and pour the bridge deck.

The South Mountain Freeway will provide a long-planned direct link between the East Valley and West Valley and a much-needed alternative to I-10 through downtown Phoenix. Approved by Maricopa County voters in 1985 and again in 2004 as part of a comprehensive regional transportation plan, the South Mountain Freeway will complete the Loop 202 and Loop 101 freeway system in the Valley.

For more information on the South Mountain Freeway, visit SouthMountainFreeway.com.