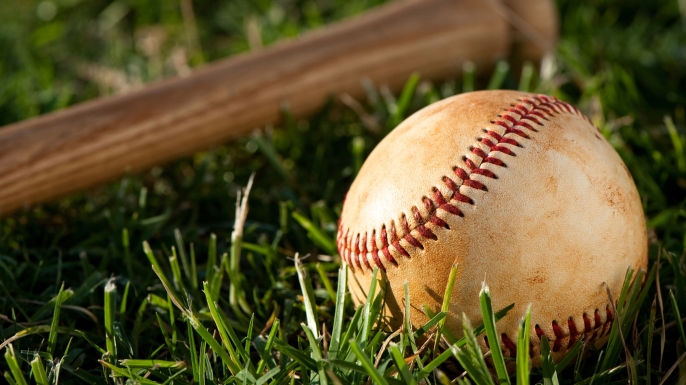 Nothing says spring in Arizona quite like the smell of hotdogs and the steady, rhythmic sound of a solid sphere smacking into the leather pocket of a baseball glove or the crack of a bat as your favorite team warms up on the field.

Like hiking South Mountain and climbing Piestewa Peak, spending the afternoon at one of the multiple Cactus League fields around the Valley is a rite of spring passage in Arizona.

The tradition started in the heart of South Phoenix when the Detroit Tigers were the first Major League Baseball team to set up camp and train here in 1929. The team played a few exhibition games with local teams and MLB teams at Phoenix Riverside Park, near Central Avenue and the Salt River.

Some community members yearn to awaken that history with a spring training facility on their “wish list” for the South Mountain/Laveen area. However, given the expense of building a stadium, it’s not likely to happen, even with the new South Mountain Freeway poised to bring in development when it opens in late 2019.

“It’s a nice fantasy, but not realistic,” says Phil Hertel, a longtime Laveen resident and a member of the Laveen Citizens for Responsible Development. “When you look at the price of hundreds of thousands of dollars per acre… well, I just don’t see it happening. It’s too expensive. I just don’t think it’s economically feasible.”

The City of Phoenix has only a single Cactus League facility–Maryvale Stadium–where the Milwaukee Brewers train and play each spring. City officials have shown little interest in stretching the city’s tight budget to accommodate something that pricey. Instead, suburban cities such as Goodyear, Surprise and Tempe have offered up state-of-the-art complexes to attract MBL teams.

At least for now, residents in Laveen and South Phoenix will have to get their spring baseball fix by driving to such nearby facilities, or from various youth sports leagues, including the Laveen Softball and Baseball Sports Association, formerly known as Laveen Youth Ball Association, that has served up recreational baseball, softball and T-ball to area children for 27 years in fall, summer and spring leagues.

The Laveen Baseball League was started five years ago and currently offers a spring season for area children. Both groups are registering now for spring. Visit www.lybaonline.com or www.laveenbaseball.com to learn more.

In Arizona, the baseball tradition started decades ago when in 1909 the White Sox were making their way home from training in California and stopped on March 30 in Yuma to play a game at the opening of the Laguna Dam in the Arizona Territory – statehood didn’t come until 1912. The dam on the Colorado River was no longer necessary by the late 1940s, but by then baseball had gotten a firm grip on the state.
According to the Society for American Baseball Research, after the Detroit Tigers spent the one season training in South Phoenix, there was a gap before the roots of the Cactus League took hold. In 1946 Tucson resident Bill Veeck purchased the Cleveland Indians and brought them to train at a guest ranch he owned.
The next year, the Giants came to Arizona to train at Phoenix Municipal Stadium, near the corner of Mohave and Central avenues. Four years later, the Chicago Cubs began training in Mesa.

Over the years, the league has grown and expanded to its current 15 teams in 10 stadiums. Andrew Bagnato, a spokesman for the Arizona Cactus League Association, said new stadiums in cities such as Surprise, Peoria and Goodyear offer homes to more than one team, which has helped the league to grow.
To bring a team back into South Phoenix or Laveen, the City of Phoenix would have to be willing to spend money, something that Hertel does not believe likely given the price of land.

Randy Policar, a spokesman for the City of Mesa, noted that when the Chicago Cubs were thinking of leaving the city because of the aging Hohokam Stadium, voters approved a $7.7 million package to build Riverview Park, adjacent the new state-of-the-art Cubs training facility, for residents to use year-round. The $99 million Sloan Park baseball stadium anchors a 146-acre sports complex that includes the stadium, practice fields and a player development center.

“The Cubs had a pretty significant offer from Naples, Florida,” Policar said. “Mesa had to make a good offer to keep them. The Cubs have trained in Arizona for more than 60 years. That’s a big of chunk of Cactus League and Arizona history that could have gone away.”

To persuade voters to support the new facility, Policar said the city added in all the park amenities that are used year-round by locals. “Reaction to the park has been incredible. It’s always busy, even when it’s 115 degrees.”

Mesa officials envision the multimillion dollar Sloan and Riverview complex as a destination itself for both locals and tourists. The park offers a lake with fishing, splash pads with multiple fixtures for different ages, a 50-foot tall Genesis climbing tower, a 60-foot long caterpillar mesh rope climbing structure, two playground clusters for ages 2-5, 6-12 and older, shade play and picnic areas, miles of accessible sidewalks and more.

Policar predicts that as new training facilities are built, the trend for dual purposes will continue. He points out the Peoria Sports Complex, which hosts two MBL teams, as well as the Peoria Javelinas, the Arizona League Padres and the Arizona League Mariners. The complex is also host a variety of events year-round. “It’s a regional draw, and just not for March,” he said.

The economic impact of the spring training on local tourism Valleywide is estimated at $544 million for 2015 (the most recent year the Cactus League has data available). Those dollars are specifically tied to out-of-town guests and expenditures. Another Cactus League study, which focuses on local expenditures, put the economic value at nearly $266 million.

This article first appeared in the March 2, 2017 print edition of the South Mountain District News.